It’s the fashion for us here at Modern Stitches!  Social media was booming last night from all of the hype centered around what celebrities were wearing to the virtual People’s Choice Awards.  The show was held at the Barker Hanger in Santa Monica, California.  Of course, we’re still in the midst of a pandemic so instead of having the audience attending physically, they live streamed via Zoom. Some excitedly announced the winners from the comfort of their home! That said, of course we’ve decided to compile a list of some of our favorite looks of the night!

Tracee Ellis Ross who currently stars in the hit television show Black-ish, but most affectionately knows her as Joan from the iconic series Girlfriends.  Although she’s one of Diana Ross’ daughters, she has certainly made a name for herself on her own over the years.  Tracee began modeling in the early 90’s, which began her love affair with fashion.  While giving her speech, she gave an ode to her love of vintage.  She went on to let us know that she shopped at Salvation Army during her early years, and it doesn’t matter how much or where you got your clothes from, but the way you style them is what’s important. (This was music to our ears)

Also, during her acceptance speech, she wore an all-white Alexander McQueen assemble styled with a black harness belt and thigh high boots. We will forever stan for THEE Tracee Ellis Ross! 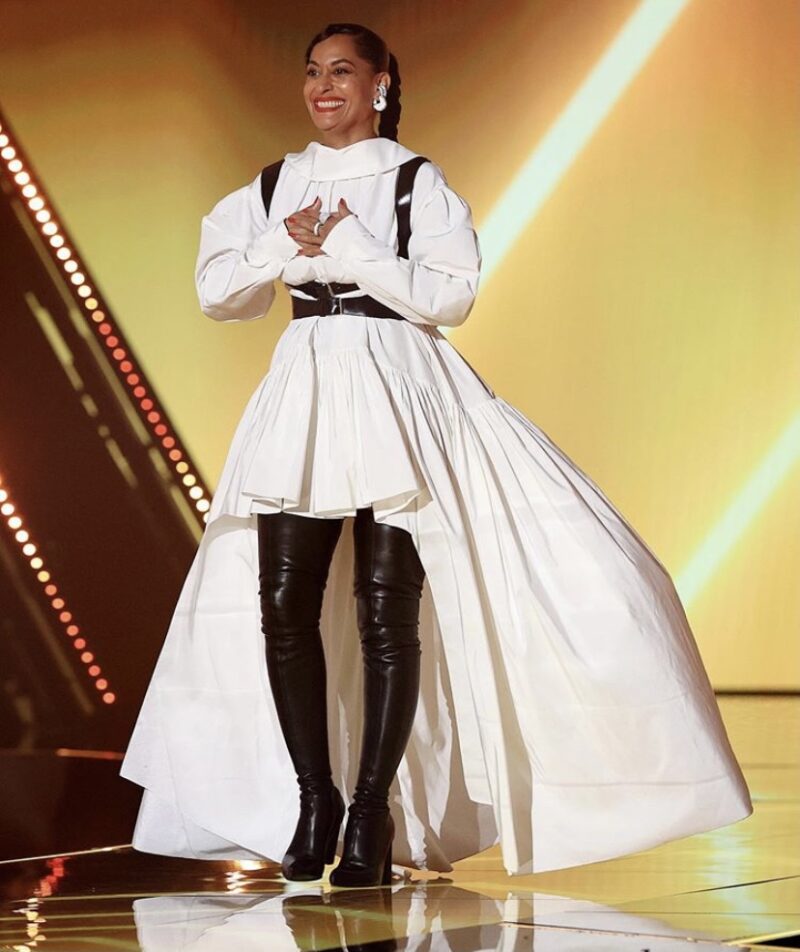 The host for the night was Demi Lovato and she graced the carpet in a 2-piece red sequin set from Naeem Khan. 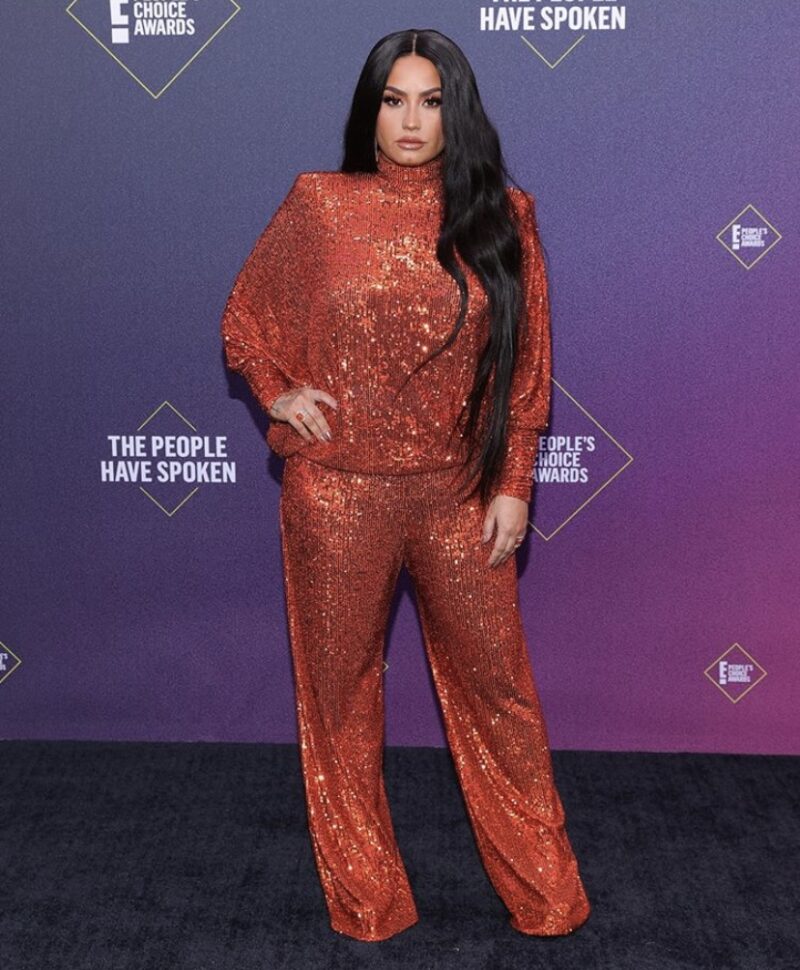 Next on our list is Tiffany Haddish, styled by Law Roach, The comedienne showed up wearing a beautiful dress from Prabal Gurung and Stuart Weitzman heels.  She presented Tyler Perry with the People’s Champion award and won the Female Movie Star of 2020 award.  #SheReady 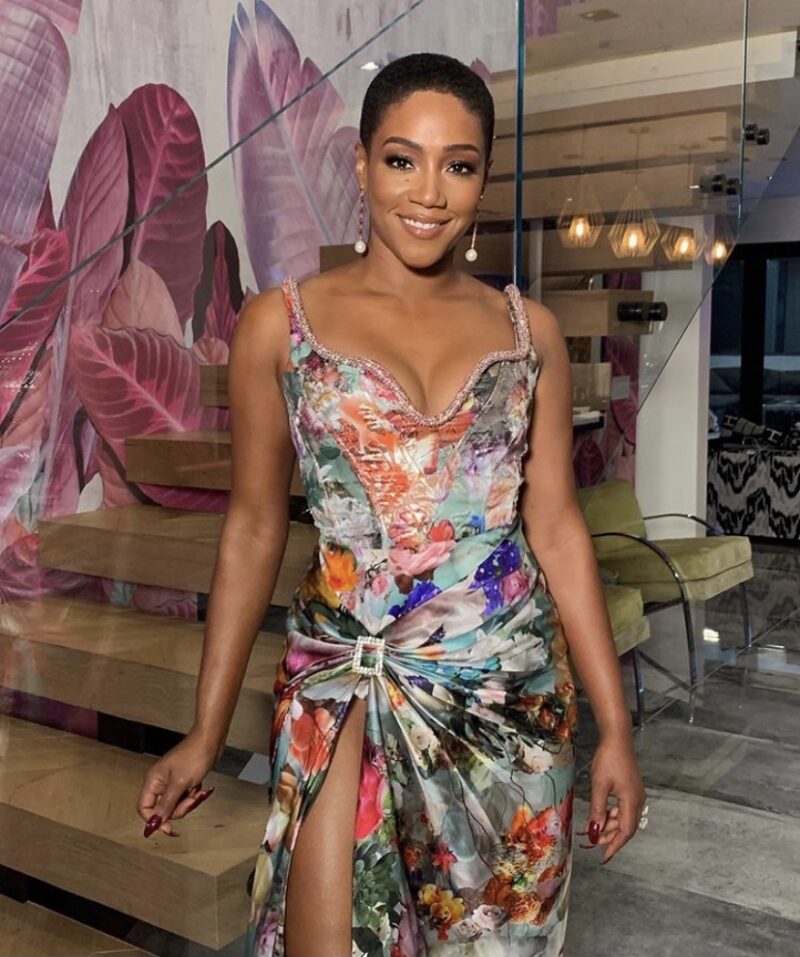 Speaking of Tyler Perry, he won the People’s Champion award last night. He gave a touching speech letting us know about the trails and tribulations that he endured before he became successful.  To his surprise, all of his employees joined him via Zoom while he gave his acceptance speech. 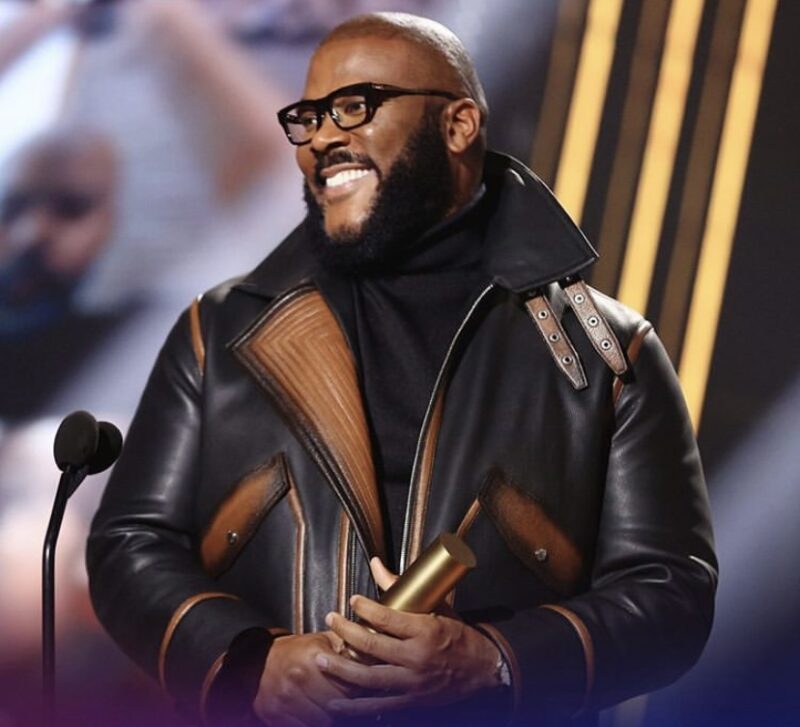 Law Roach had his name all over the People’s Choice carpet last night because he styled Jameela Jamil too.  She wore an oversized bold bubblegum pink suit from CFDA nominated designer Christopher John Rogers. 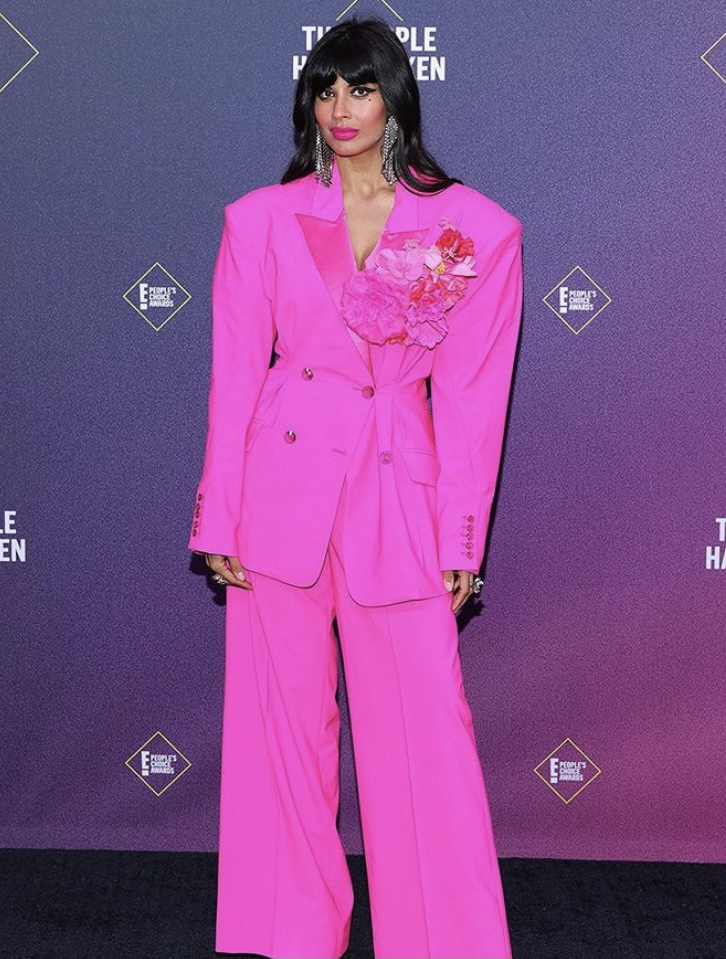 The People’s Icon of 2020, Jennifer Lopez, gave us Lady in Red realness in a dress from.  She even gave us a teaser of her beauty line, JLo Beauty, that’s set to drop 1/1/21. 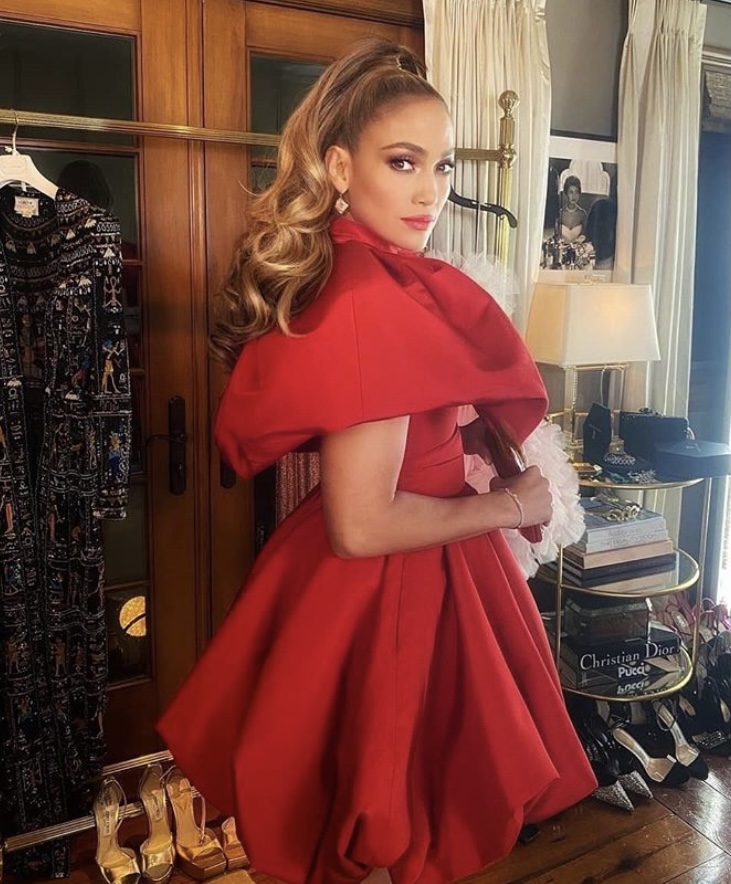 Actor Kendrick Sampson, from the hit HBO series Insecure, looked dapper in a black turtleneck, and pants styled with a glittery blazer. 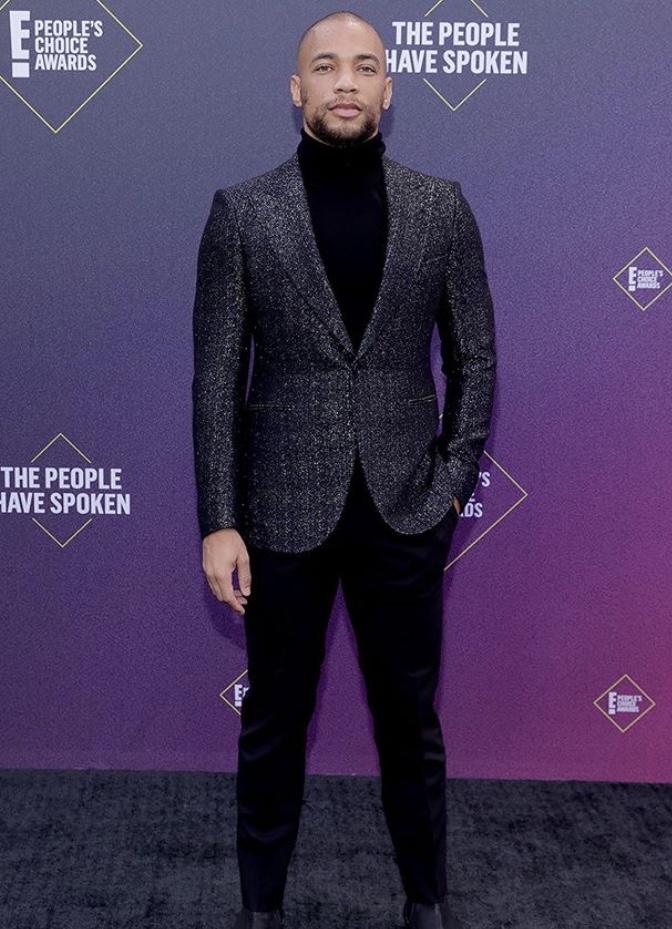 Leslie Jones wore a custom suit from Christian Siriano that honored some of the black people who have been victimized by police brutality this year.  She took home the award for The Comedy Act of 2020. 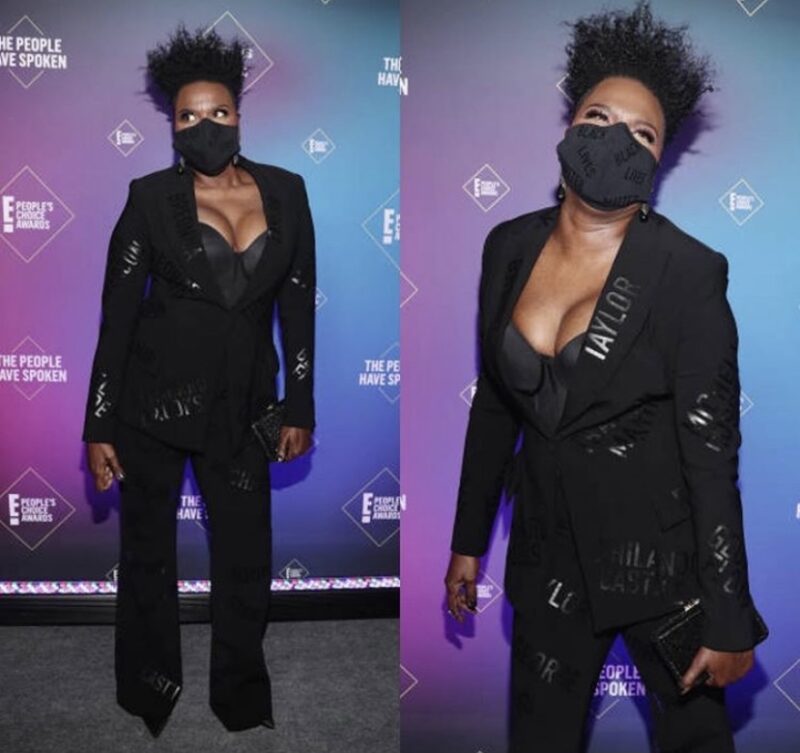 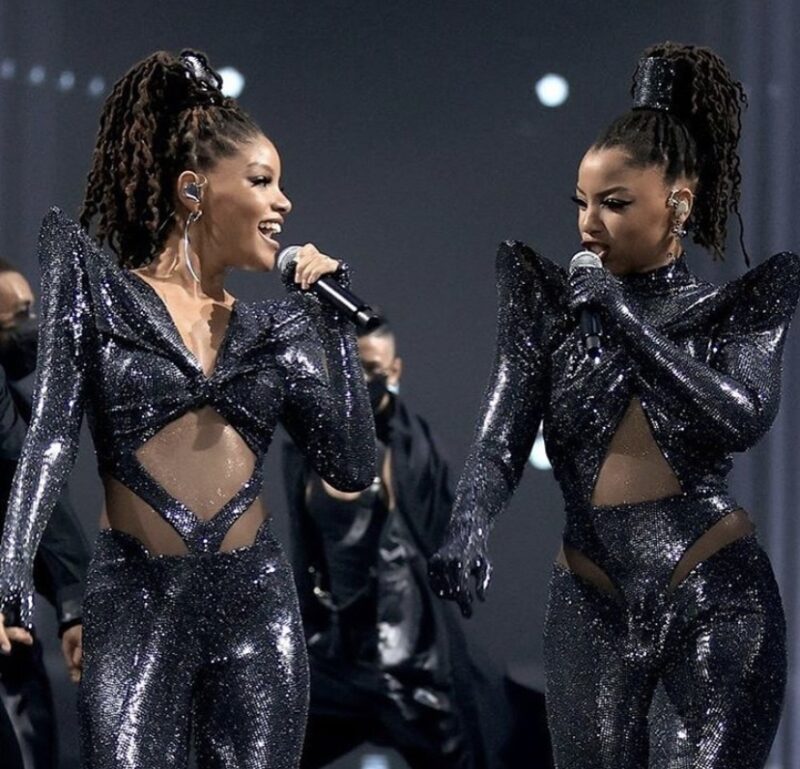 Considering the circumstances, the biggest night in pop culture didn’t fail to impress.  Overall, the show was pretty cool.  Which look was your favorite of the night?