The 72nd Emmy Awards took place last night virtually, and the quarantine fashions didn’t disappoint! In case you’re wondering, An Emmy is an award given once a year to celebrate those who display excellence in American television and film. But, below, we’re celebrating those who captivated the red carpet. (Quarantine style of course)

So, let’s get into these looks by starting off with the biggest winner of the night, Zendaya!  That’s right, she’s only 24 and won an Emmy for Outstanding Lead Actress in a Drama Series “Euphoria”. The actress and fashionista wore a Christopher John Rogers dress with dazzling Christian Louboutin heels that created a 1960’s style of glam. A nod to her amazing stylist, Law Roach. Grown-ish star, Yara Shahidi  was styled by stylist Jason Bolden of JSN Studio. (Who has an amazing show called, “Styling Hollywood” on Netflix) She looked amazing in her custom Prada dress and elegant cornrow flair. Those edges were laid! Tracee Ellis Ross laid out her own personal red carpet at home, and even had flashing lights to give off the paparazzi feel.  She looked like a life-size trophy in a dress from Alexandre Vauthier paired with Jimmy Heels. The stunning Regina King had everyone talking last night as she wore a dress from Schiaparelli’s Spring 2020 Couture collection.  Of course, she had to set the look off by wearing Stuart Weitzman heeled sandals.  Regina won an Emmy for Outstanding Lead Actress in a limited series or tv movie for her role in Watchmen. Let’s face it, who doesn’t love Yahya Abdul-Mateen II in all that he wears? Last night he pulled off a pinstriped Louis Vuitton suit that paired so effortlessly with loafers. Truly, grown man swag!  Yahya took home an Emmy for Best Supporting Actor in a limited series or movie (Watchmen). Tyler Perry came through looking dapper and handsome as ever.  He decided to take the black-on-black approach by wearing black from head-to-toe. (aka All black everything!) Perry was the recipient of the Governors Award last night.  He was recognized for everything he’s done with the television industry, while at the same time, being a humanitarian. His delivered a powerful acceptance speech that moved anyone watching. 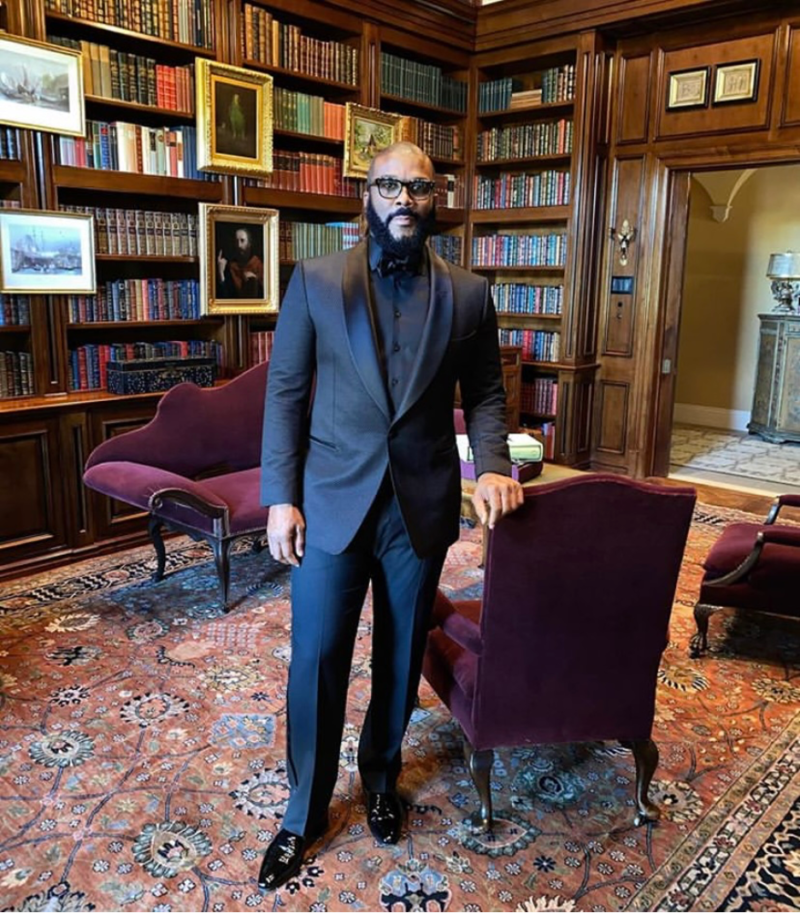 Kerry Washington gave us two looks last night.  She wrote on Instagram, “Haven’t dressed up in a while so I had to make the most of it.” Do your thing Kerry!  Her show, Little Fires Everywhere, was nominated for an Emmy for Outstanding limited series.

Yvonne Orji is the definition of black beauty! She was seen wearing a red sequin dress from Azzi & Osta Ready-to-Wear A/W 2020-2021 collection.  Orji plays as Molly on the hit HBO show Insecure, and had an Emmy nomination. Go girl! Save the best for last right?  Robin Thede showed up and showed out. She was giving the girls Beauty and the Beast realness in a Christian Siriano gown.  Classy, majestic, and elegant best describe this look. What was your favorite look from our first quarantine Emmy’s? Leave a comment below.
All photos credit: Instagram